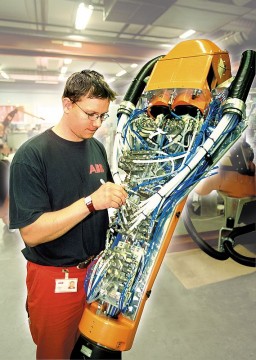 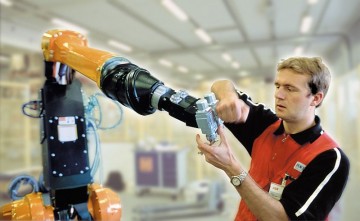 A final test of a paint robot from ABB's factury in Bryne, Norway. 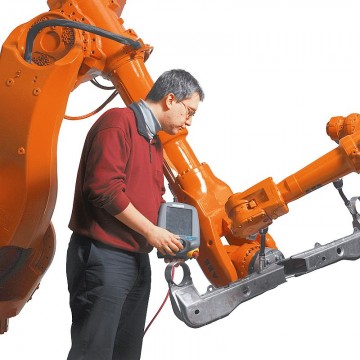 2 ABB's Flexpendant (a) is part of the IRC5 package. It supports robot programmers (b) through its ergonomic design, customized menus and touch screen. 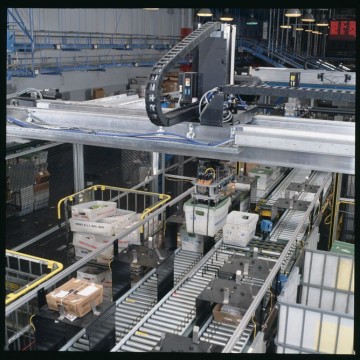 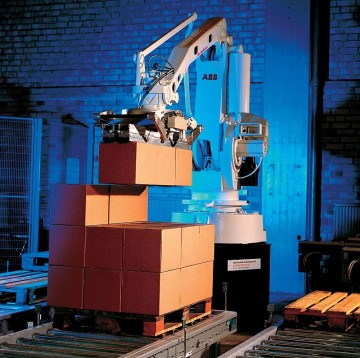 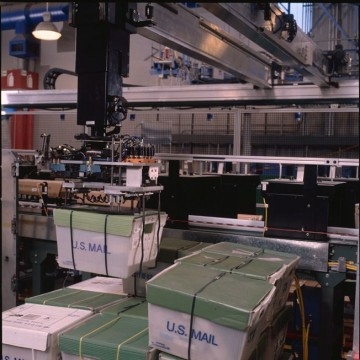 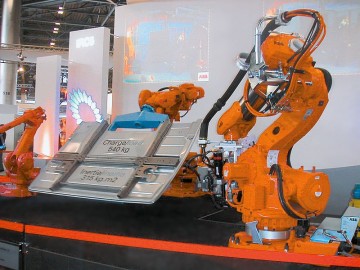 There is more to robot coordination than avoiding collisions. Operators wish for more precise synchronisation so that robots can team up to complete tasks that a single robot cannot perform. Two robots could, for example, lift an object that is too heavy or too bendy for a single robot. Or a group of robots could simultaneously work on an object while it is moving or rotating. 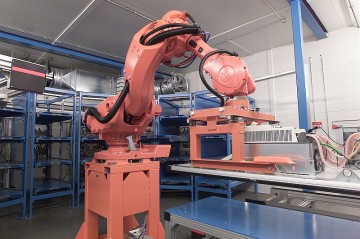 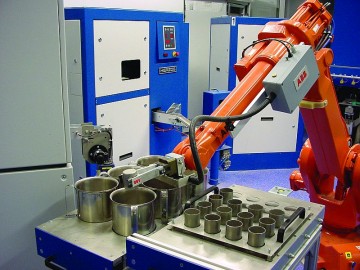 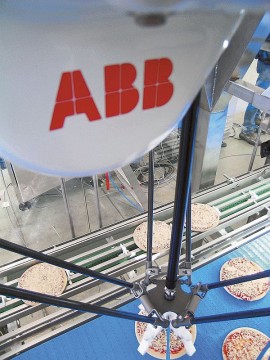 Picking pizzas from a moving conveyor belt. Products are handled with precision to avoid any spilling of ingredients. 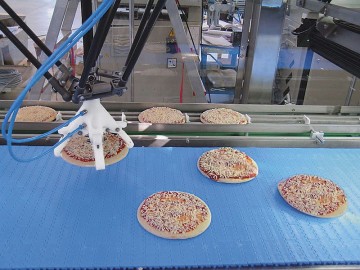