An illustration to signify the 2011 disaster in Japan involving an earthquake, followed by a tsunami which brought on a potential nuclear disaster.
Bild: DonkeyHotey 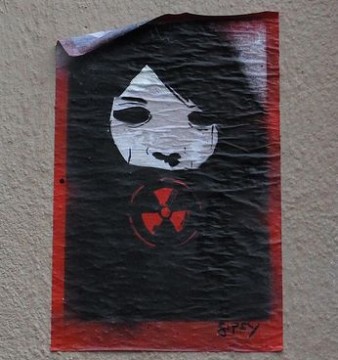 August 27, 2012 The Japanese government has stated that it will have medical experts check the thyroid of roughly 4,500 children at three different locations outside of Fukushima. This is being done to double-check and confirm that the earlier diagnoses of thyroid growths in 36% of Fukushima children are directly related to the March 2011 nuclear disaster.
Bild: Flickr CC-by-nc-sa W. Sterneck 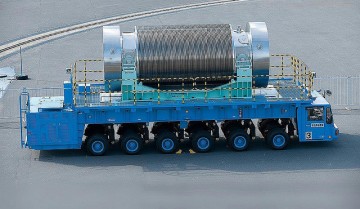 This photo from Tokyo Electric Power Company shows a truck that may be used to move spent fuel rods in the pools surrounding the crippled nuclear reactors at Fukushima.
Bild: Irish Typepad 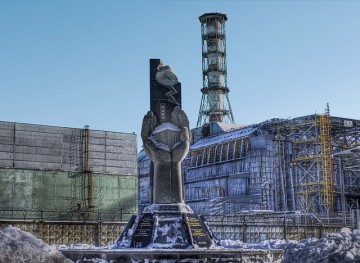 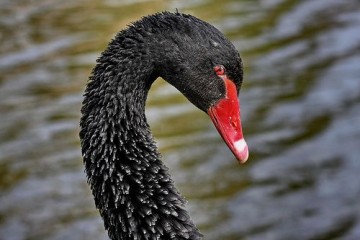 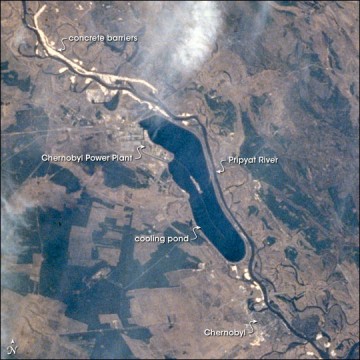 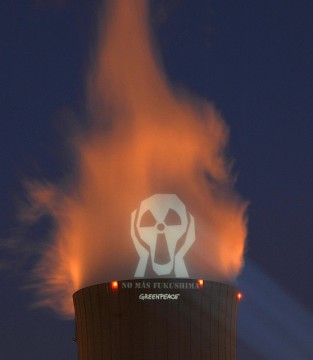 Ganked from www.newscientist.com/blogs/shortsharpscience/2011/04/gree... to post on Grinding. Description: (Image: Pedro Armestre / Greenpeace) One month after the Fukushima crisis began, Greenpeace Spain illuminated the country's six nuclear reactors with haunting images demanding an end to nuclear power. Protestors projected a face reminiscent of The Scream by Edvard Munch on vapour rising from a cooling tower at the Cofrentes nuclear plant near Valencia. A message below the ghostly grimace read: "No more Fukushima."
Bild: M1K3Y