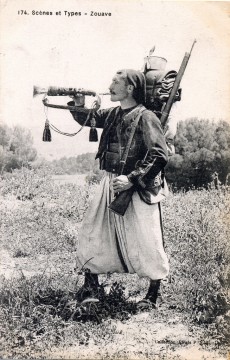 Zouave was the title given to certain infantry regiments in the French army, normally serving in French North Africa between 1831 and 1962. 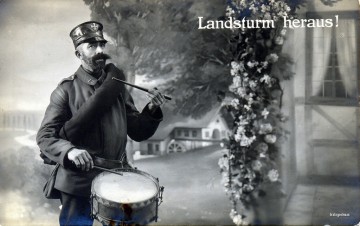 "Landsturm Onwards!". Commercial postcard depicting a Hessen (?) drummer from the 47th Landsturm Brigade, blanket roll over his shoulder and tapping out a marching beat on his drum. 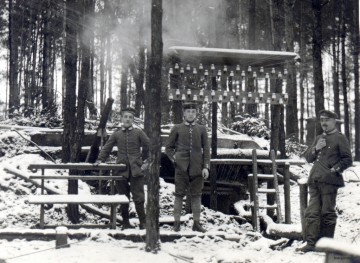 A trio of telegraphers outside a communications bunker somewhere in France 1917.
Bild: drakegoodman